In our display case are many small items that can add a lot of interest to a collection. We have vintage light bulbs and lighting fixtures here from Thomas Edison's day. There are some early tubes and transistor radios too. There is a telegraph printer and a small collection of very scarce Berliner records from the late 1890's and early 1900's. Emile Berliner was the inventor of the disc record (78 rpm) and the gramophone (lateral disc record player). You can also see attractive needle tins and phonograph accessories including an original 1920's paper mache "Nipper" - the famous dog that listens to "His Master's Voice". 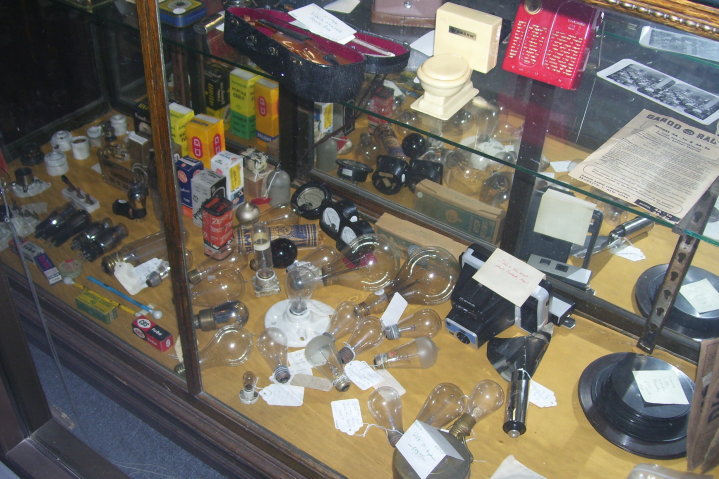 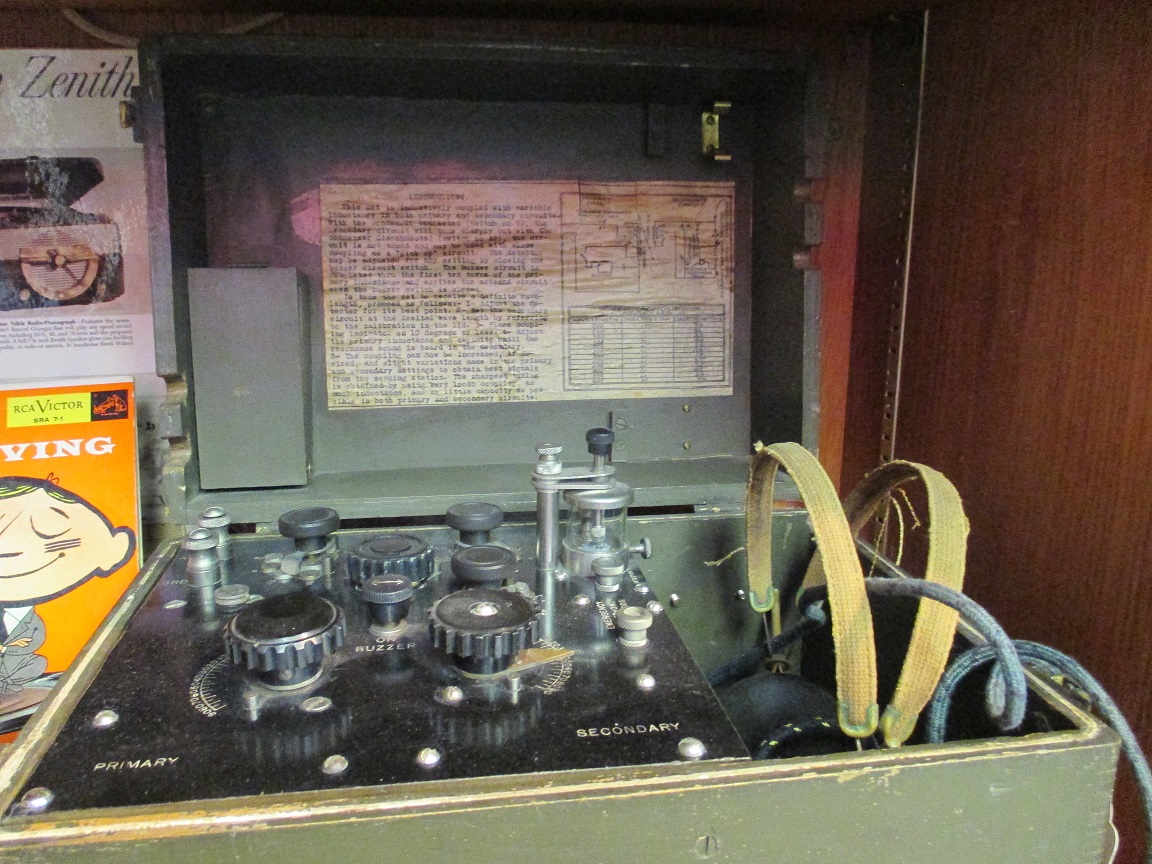 A collector examines some of the many cylinder records available at Vintage Sounds. We have 2-minute and 4-minute cylinders recorded during the period from 1895 through the late 1920's. 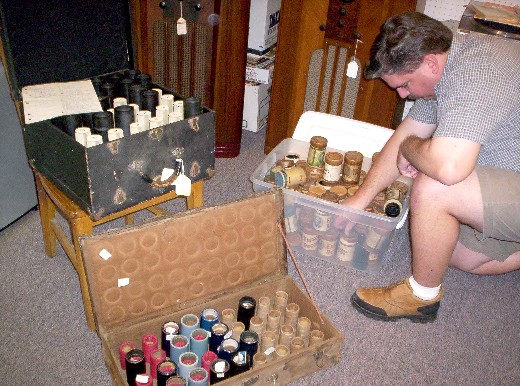 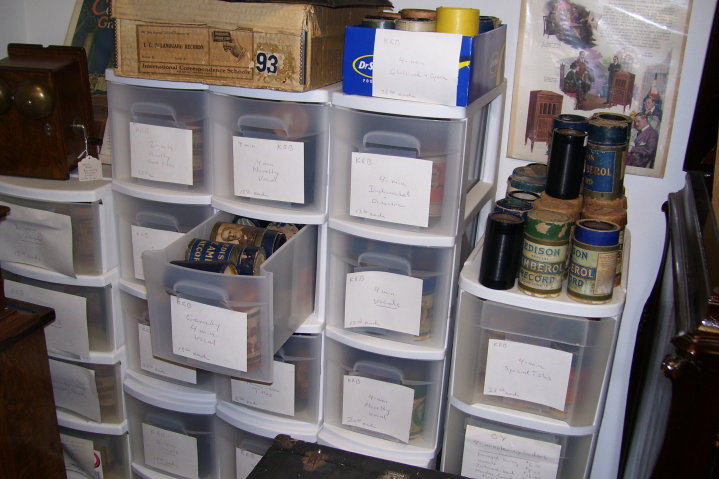 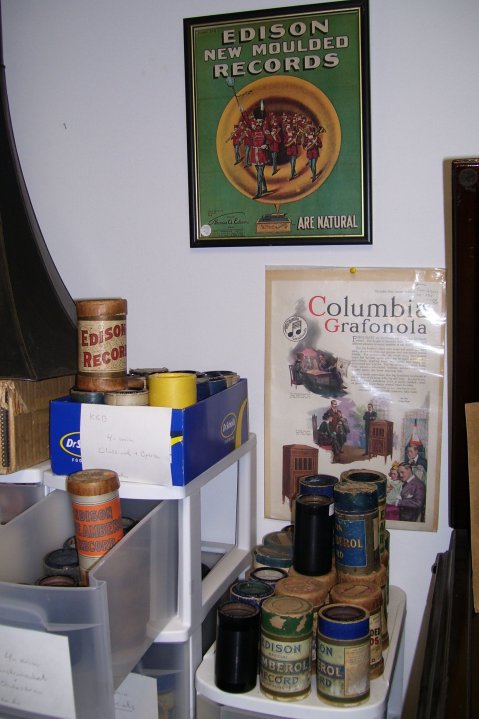 Melissa is holding a scarce Danish table phone from the 1910-1930 periods. Some of our rarer, more collectable phones we do not modify for use but we keep them as original as possible as display items. This one is available for $95. 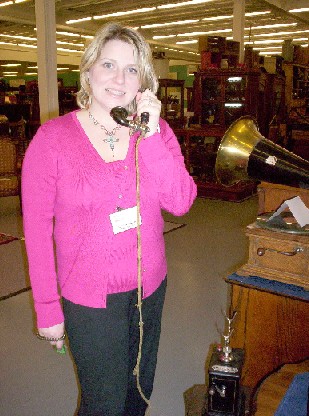 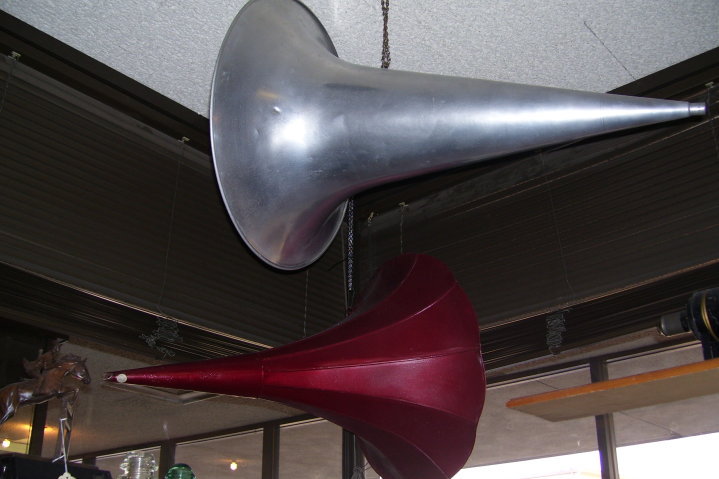 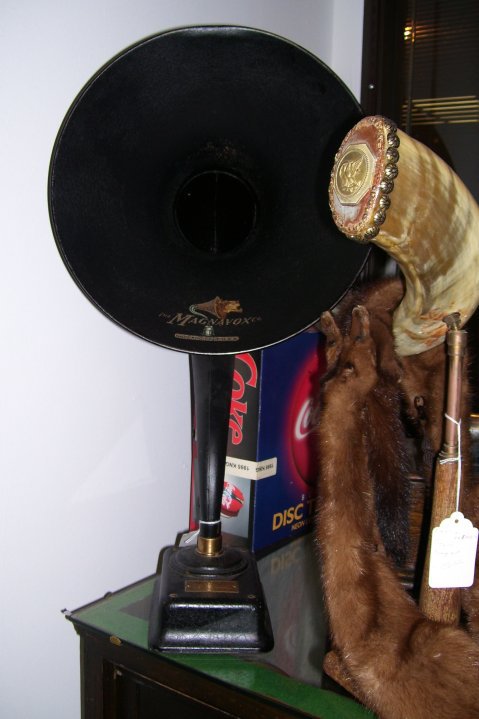 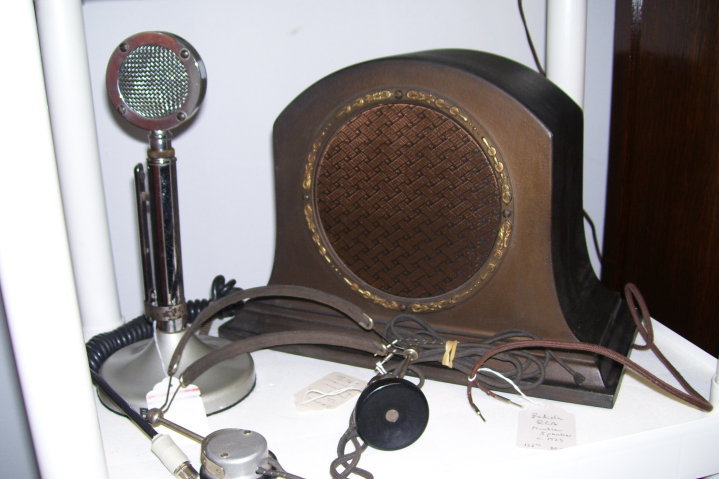 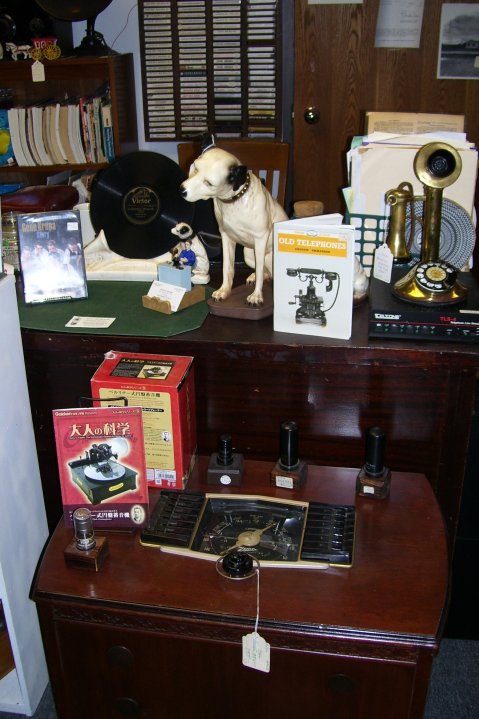 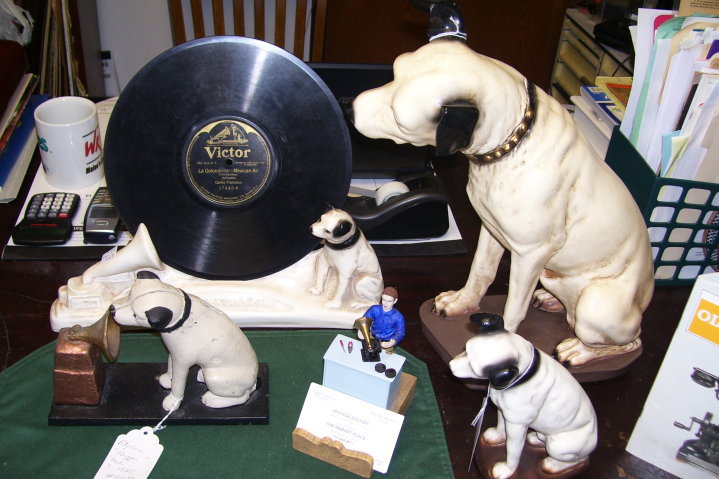 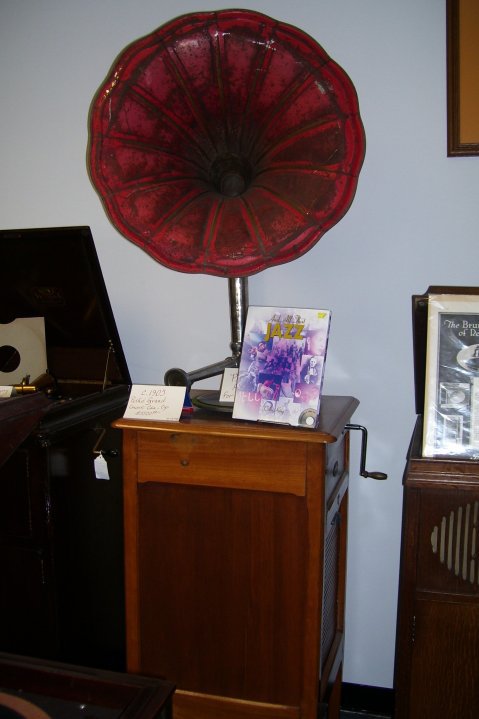 We have rare 1890s-1920s light bulbs and fixtures for sale. The photo shows a complete hanging Thompson Houston light fixture with working original c.1899 lamp for $195. We currently have Edison lamps available dating as early as about 1892. 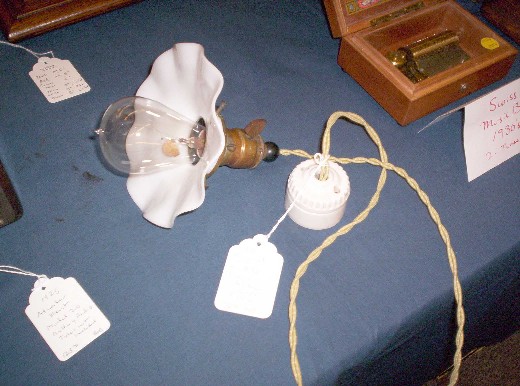 "From Telegraph to Television" - you can find vintage communications items from the days of the telegraph and early wireless radio (1870s-early 1920s), through the shortwave and ham radio era all the way to the television age. We carry communications radios from the 30s-60s and an occasional vintage TV. 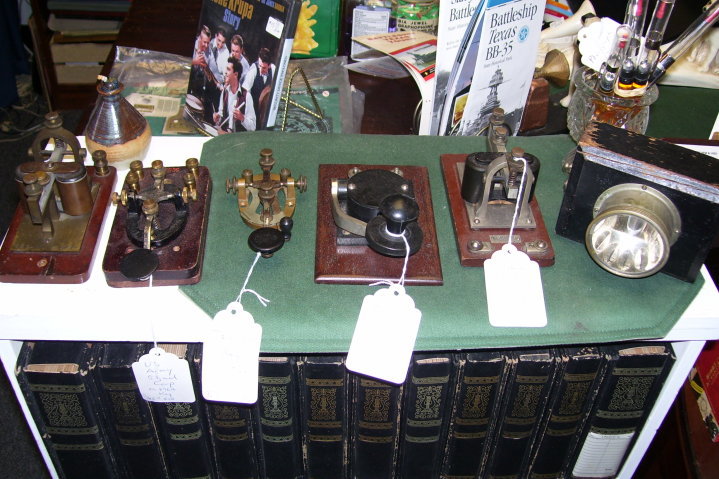 We have many interesting scientific instruments for the collector. Here are three early meters. We often have laboratory electronic apparatus and "quack medical" gear. Just ask! 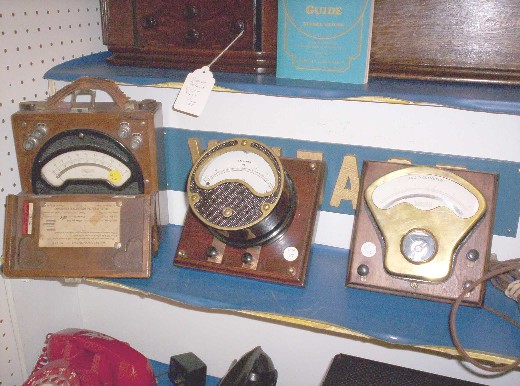 Our stock of 33s or "classic vinyl" is extensive. You are looking at only a portion of them in these bins. We have an awesome collection of Rock "&" Roll classics from the 1960's and 1970's but we also have plenty of jazz and Country Music. There are historical records, humorous records, show music, easy listening music and children's records in these bins. Yes we have the Beatles and the Monkeys! We price them according to what we have to pay - not what the collector's guide says so you can get a bargain on these! 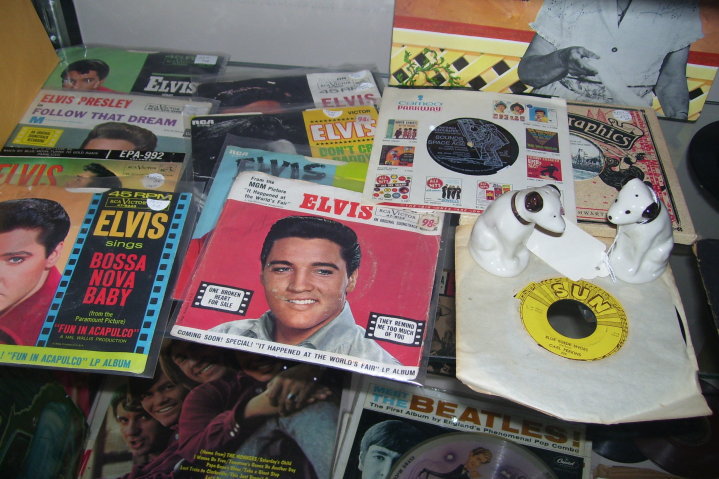 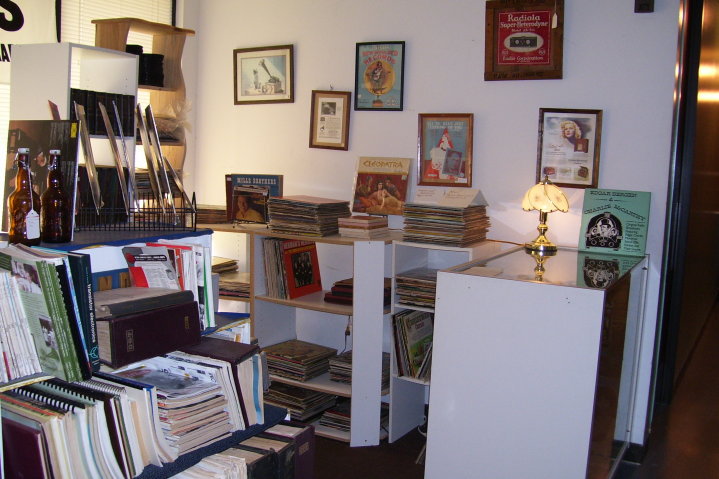 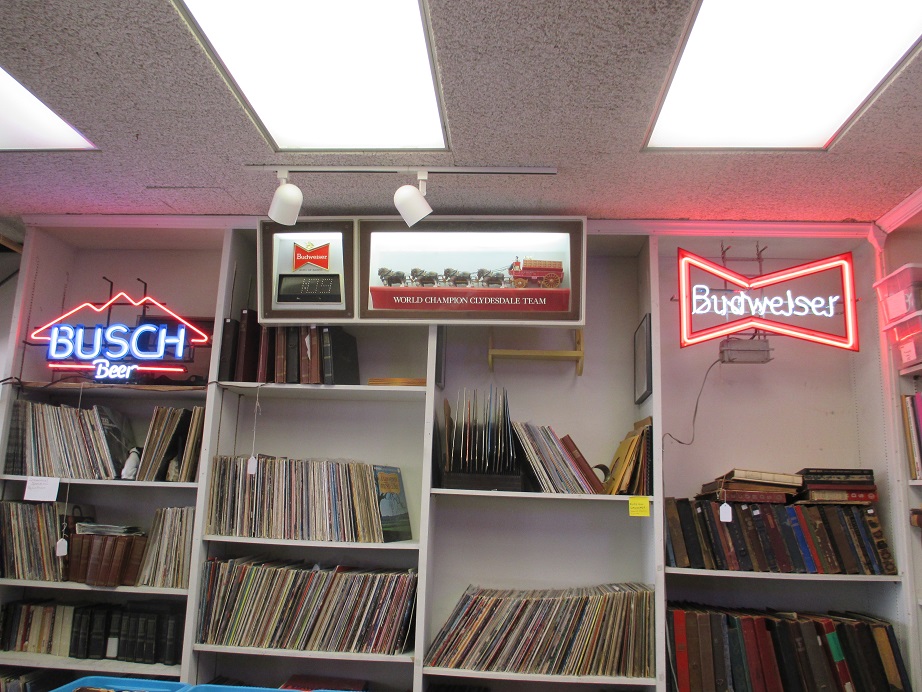 We stock a large assortment of literature - everything from compendiums of circuit diagrams and tube manuals to books on the history of music and collectors guides. You can also see here a portion of our stock of used (tested and certified) tubes. Most of our used tubes sell for less than $3 each. 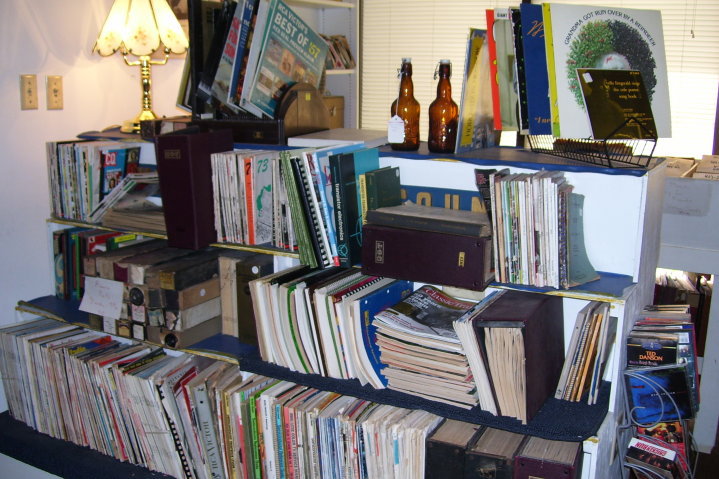 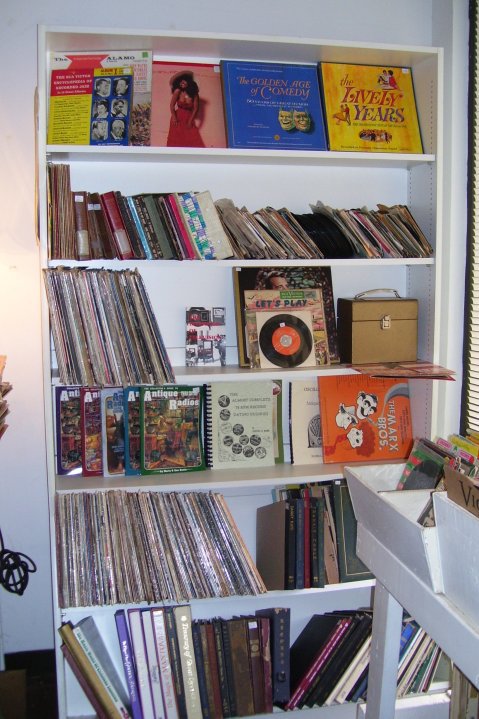